In Part 2 of a two-part blog (follow this link to see Part 1), Lyndsay McDade, Senior Youth Projects Officer for Crimestoppers in Scotland, tells us how she and her ‘Empowering New Young Scots to be Fearless’ project ended up hosting an event in the Scottish Parliament…

Some might say I don’t do things by halves, but I was clear from the beginning – I wanted to take our Empowering New Young Scots project to the very highest level of Scottish society – Parliament.

And with the support of George Adam MSP, we were delighted to be able to host an event during World Refugee Week 2019. 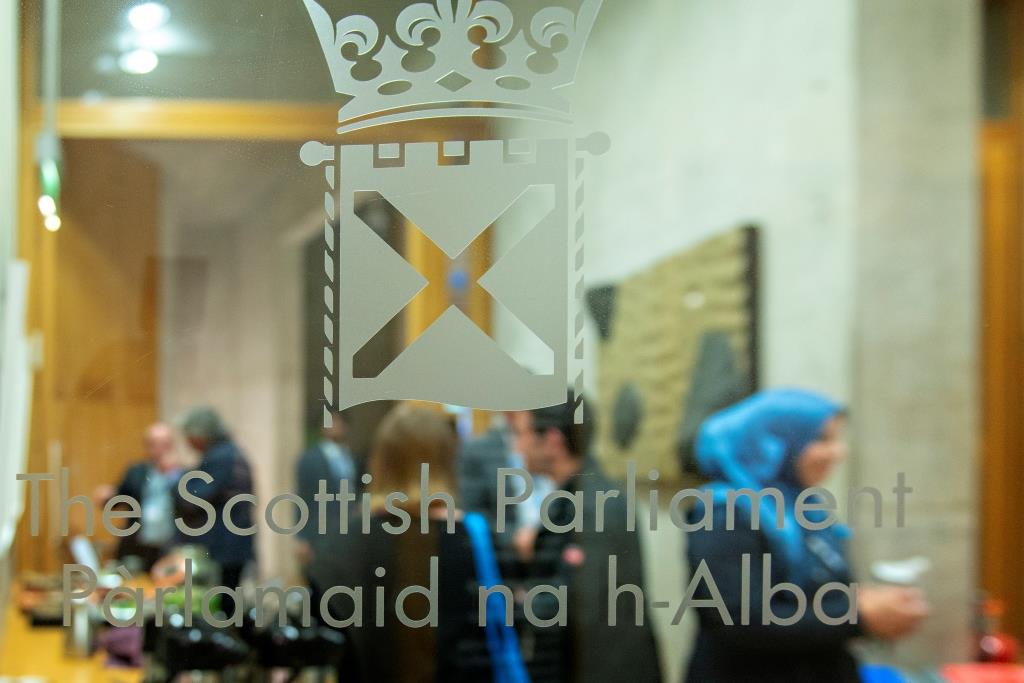 I remember taking my own young person for a visit to Parliament when he first arrived with us. He just could not believe that we could get so close and even be allowed to get inside. He explained that where he grew up, only the richest and most powerful business people could get anywhere near. ‘Normal’ people had no voice and certainly no access to politicians and lawmakers.

Of course, as a charity, it’s an incredibly valuable opportunity to showcase our project at Parliament – but giving a platform to our young people’s work and opinions brought even greater significance. Fearless.org is all about giving young people a safe place to speak up and be heard; so too was our Parliament reception.

Half of our guests had personal experience of the asylum process and were under the age of 24. This was rare, as most events seem to involve professionals talking about those going through the asylum process. Here we had New Young Scots represented around the room and empowered to share their experiences.

From the beginning of organising the event, I was keen that the young people attending should also get a chance to experience Parliament. Before our event began, with the support of the fantastic Scottish Parliament Education team, all our young people got to learn more about the Scottish Parliament and how our laws are made. They received a visit from one of their constituency MSPs – Patrick Harvie, co-leader of the Scottish Green Party. This was topped off with getting front row seats within the Debating Chamber to watch our Scottish Parliament debate a Stage 3 Bill live. 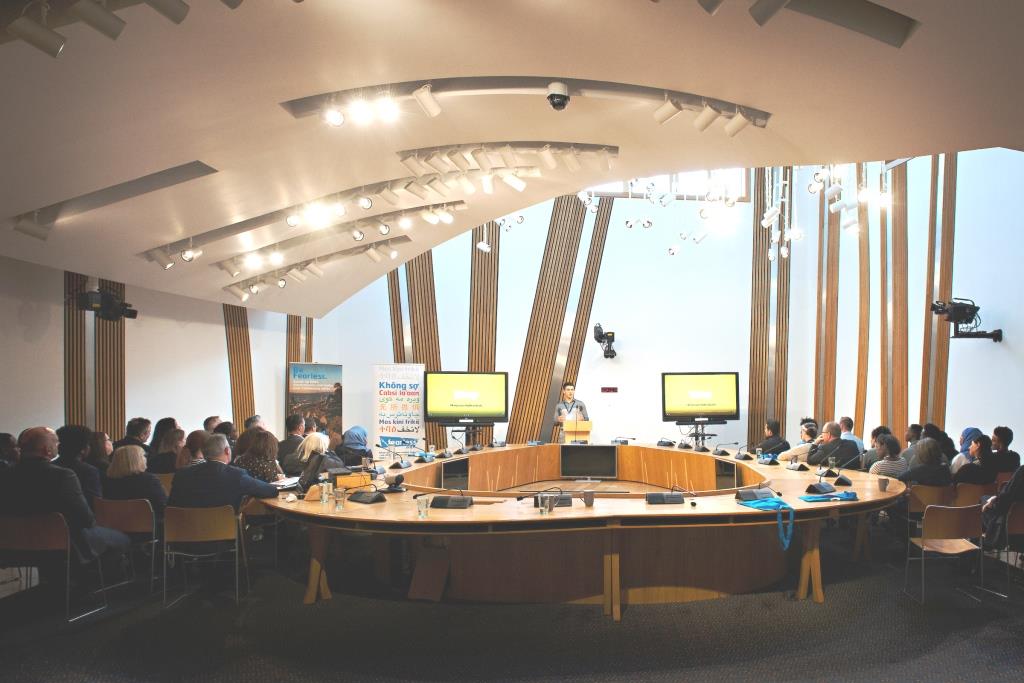 Someone commented afterwards that it was a pleasure to “hear the young team’s laugher echo in the lobbies of our Scottish Parliament.”

And that is very representative of the overall event. 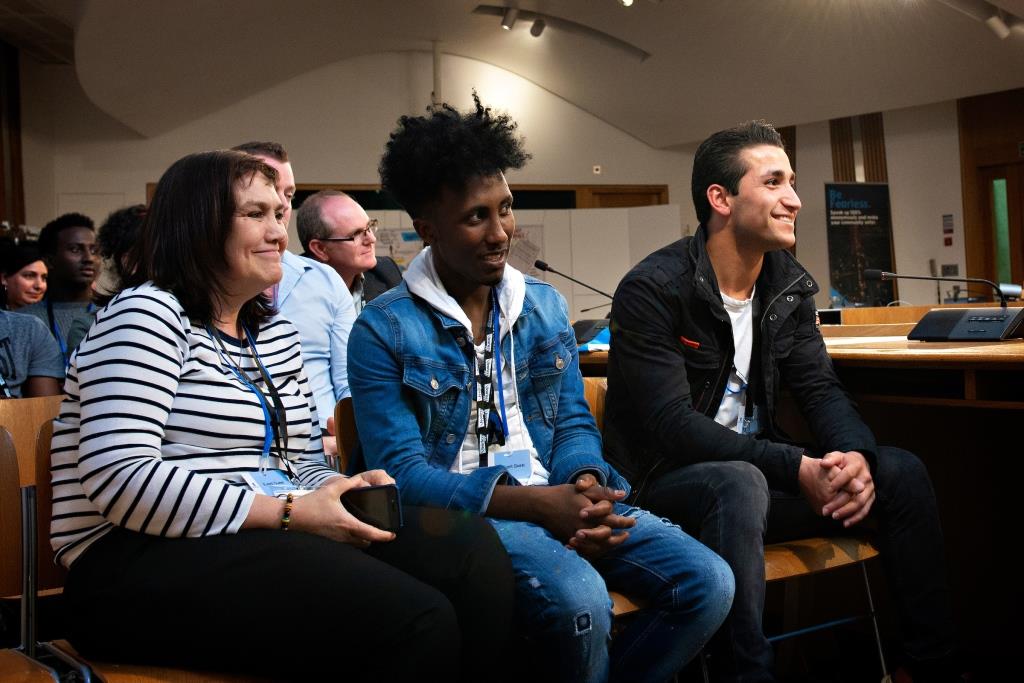 Whilst of course incredibly vulnerable, our New Young Scots are also absolutely full of resilience and bravery. Their strength of character through the most difficult of times shone through them.

One of our speakers on the night was Abdul. He came to Scotland a little under 5 years ago with barely any English. He has just completed high school and is now looking forward to starting University in September to study medicine.

“Anything is possible, even when it seems really impossible,” Abdul says. 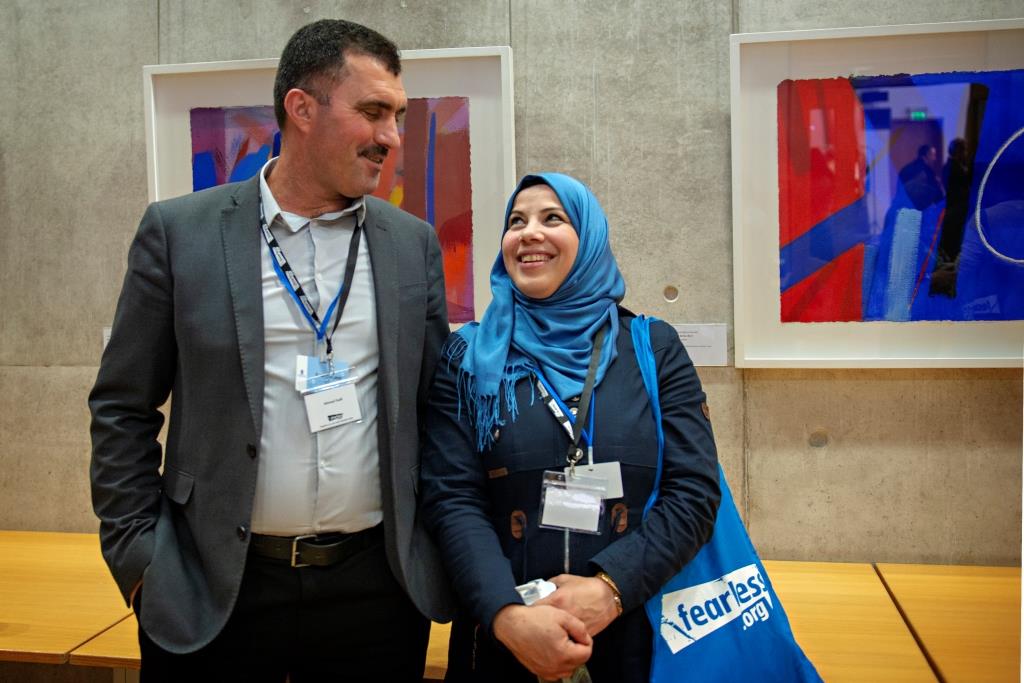 With his proud parents looking on…

Our other young speaker was Zikee. She talked about the importance of feeling safe and how valuable volunteering as part of our Fearless New Young Scots steering group has been to her. Meeting up the evening before the event, she said to me: “I feel like I’ve been waiting all my life for this.” 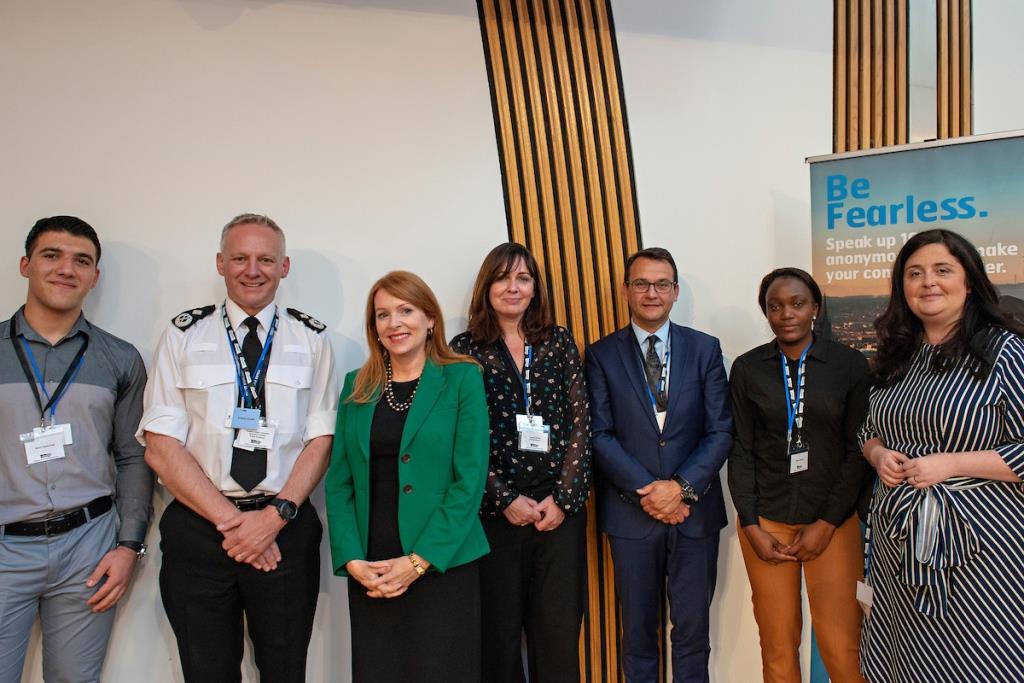 We were delighted to be joined by Minister for Community Safety Ash Denham MSP, Deputy Chief Constable Malcolm Graham and guests from across the refugee and community safety/justice sector.

Crimestoppers CEO Mark Hallas and Greg Rees, our Volunteer Manager, both made the long journey up to Scotland to support and share the evening with us, which was very much appreciated.

Through our comprehensive translation capacity, young people can be fearless in speaking up with information about crime using their mother language. They can type in what they know or suspect at fearless.org in over 147 languages, confident that nobody will ever know the information came from them.
I’ve been overwhelmed by the positive feedback following the reception from people I have the utmost respect for and who are doing absolutely amazing work in their own areas.

But ultimately, to have my boy tell me how proud he was to be part of the project and see me supporting others to speak up at Parliament – well, that means the most of all. What more could a mum ask for?

To learn more about the project, and download our guide for professionals, visit https://www.fearless.org/en/campaigns/new-young-scots.

To read Part 1 of Lyndsay’s blog, and find out more about her innovative ‘Empowering New Young Scots to be Fearless’ project, follow this link.

Tell us what you think!

Use the link to give us some feedback on the Action on Prejudice website so we know how we can improve in future. We love to hear what you have to say.

Click here to go to our full directory of services that can provide information, support and advice

- For emergencies Call 999
- Call 101 (for non-emergencies).
- Report to any Police Station
- Report Online.
- If you prefer to report somewhere else, go to a Third Party Reporting Centre.
- For Sign Language interpretation services Contact BSL or TextRelay 1 800 1 101
- As a young person you can report anonymously to Fearless.

If you need someone to talk to ChildLine provides free confidential support over the phone, online chat, or via email.